Spock loved to play 3 d chess in Star Trek, and was an easy decision to include this into the Star Trek quilt.
The 3d Chess set first appeared in the Pilot episode of Star Trek the original series.
It is quite popular to play, and many sets are available to buy online, including a how to make one yourself.

PS: this pattern is easier than it looks. 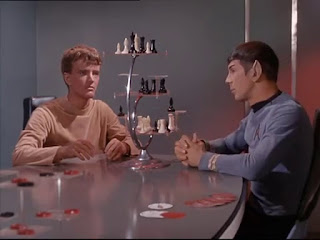 Fandom In Stitches and it's designers do not hold copyright on any of the fandom titles represented on this site. Respective Designers reserve copyright on patterns only and request that out of respect for the fandoms we love, that you use them for personal and non-profit reasons only. The Designers at Fandom In Stitches receive no payment for any of the patterns posted and expressly forbid resale.
Posted by Solitude at 10/02/2015 08:00:00 AM 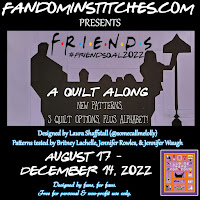