House Mormont is sworn to House Stark.  Their seat is Bear Island located in the Bay of Ice far to the north-west of Winterfell.  Bear Island is beautiful, icy, cold and remote. The Mormont "castle" is a large, but a  wooden longhouse.  Bears prowl the woods of the island. 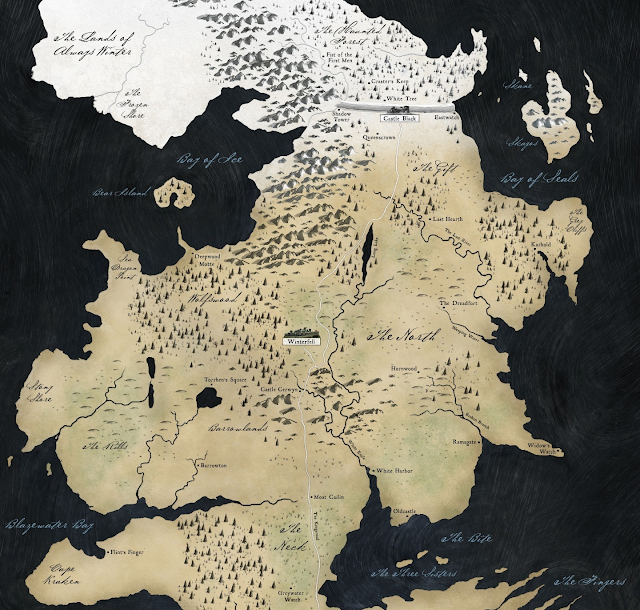 Their ancestral weapon of Valyrian steel is named Longclaw.  It now belongs to Jon Snow.
The women of Bear Island are trained in the use of weapons and armor, as they are expected to defend hearth and home.

According to legend the Mormonts received their ancestral home from Rodrik Stark who won it in a wrestling match.

Jeor Mormont fought with Ned Stark and Robert Baratheon against the Mad King. Following this he abdicated his lordship to his son Jorah and joined the Nights Watch.  Jorah earned fame during the Greyjoy Rebellion and the Tourney at Lannisport but was disgraced when he sold captured poachers to Tyroshi Slavers.  His title and lands were stripped by Ed Stark and he fled to the free cities to avoid justice.   Maege Mormont, Jeor's sister is current head of the family.

Fandom In Stitches and it's designers do not hold copyright on any of the fandom titles represented on this site. Respective Designers reserve copyright on patterns only and request that out of respect for the fandoms we love, that you use them for personal and non-profit reasons only. The Designers at Fandom In Stitches receive no payment for any of the patterns posted and expressly forbid resale.
Posted by Michelle Thompson at 7/27/2015 07:00:00 AM